SINCE 22 AL 28 FEBRUARY, IN EXCLUSIVE, A EUROSPORT

THE 16 BEST PLAYERS MEET AT THE PLAYERS CHAMPIONSHIP 2021

Martín Pérez, Rubén Fernández, Arturo Pérez, David Alcaide, Fran Sánchez and Sergio Manuel Gutiérrez will be in charge of the narration and comments for a new edition of the Players Championship.

Below you can check the Eurosport and Eurosport schedules 2 to be able to follow the Players Championship 2021 in rigorous live:

You also have the option to follow the Players Championship 2021 through Eurosport App and be able to choose or watch at the same time (with two devices, Tablet, Pc, Car) the two live tables, a real treat for the viewer. AND, the option to view the matches on a delayed basis, in its section 'ON DEMAND'

Sergio Manuel Gutiérrez, Arturo Pérez, Martín Pérez, Rubén Fernández, Francisco Sánchez Ruiz and David Alcaide, will be in charge of the narration and commentary of the Players Championship 2021 in Eurosport and Eurosport App

The Players Championship is disputed by 16 best players

The 16 PLAYERS will dispute a FRAME to direct KO, round of 16, quarterfinals and semifinals for best of 11 frames (win 6) and the grand finale to the best of 19 frames (win 10). 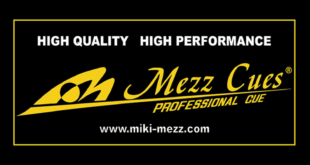