El Scottish Open 2021 has made a number of changes to its format. This new edition includes a qualifying round that the Top will not play. 16, these matches will be played at the final tournament venue at Venue Cymru in Llandudno (Welsh). It is not an error, Scottish Open in Wales. It is not the same to be in Scotland than to be Scotland or Escocido.

Eurosport APP (Player) will exclusively broadcast the Scottish Open qualifiers 2021 (in addition to all the qualifiers and all the final stages of the professional circuit).

The Scottish Open is part of the Home Nations Series, together with the Northern Ireland Open, English Open y el Welsh Open, with identical format the four tournaments.

The winners of said qualifying round will have a place in the final phase to be played from 6 al 12 December at Venue Cymru in Llandudno (Welsh). It is not an error, Scottish Open in Wales. It is not the same to be in Scotland than to be Scotland or Escocido. Final phase live on Eurosport Tv

Then you can check the Ranking with the Top 16 who will play the final phase of the Scottish Open 2021. 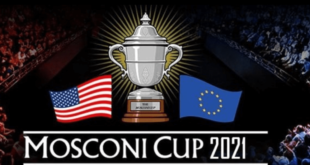