Here you have the highlights of the first round UK. 2.015. 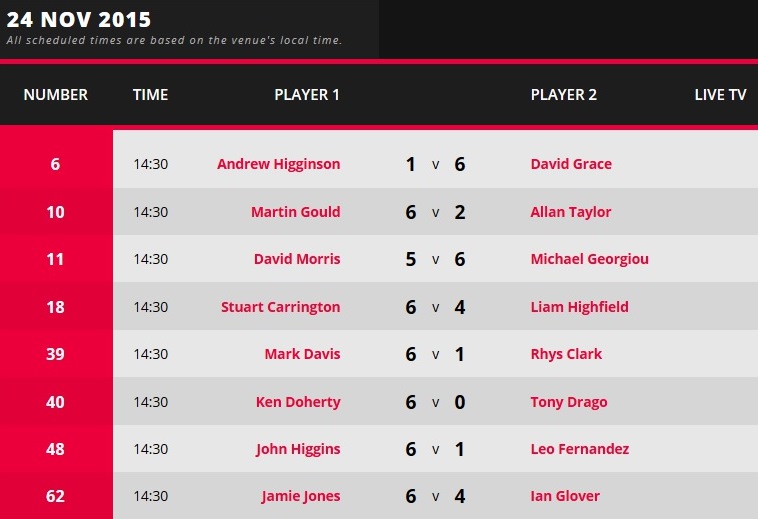 Here is the first televised hundred of the first session of the tournament.

John Higgins, who had direct from the match, He gave us this fantastic break in the third frame:

Finally, the match between Gary Wilson and Martin O'Donnell ended with a score of 6-3 favorable a Wilson. 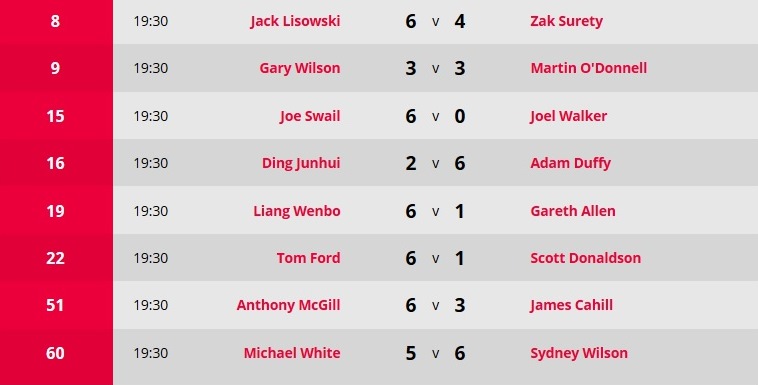 If you missed the match between Ding Junhui and Adam Duffy we offer it now delayed. Just over three hours of snooker, with emotion and not suitable for cardiac end.

Duffy Adam statements after eliminating the double champion of the UK Championship in editions 2.005 Y 2.009.

The night we had prepared another surprise and Sydney Wilson, he 118 of the world, She defeated in the decider to all top 16 como Michael White. 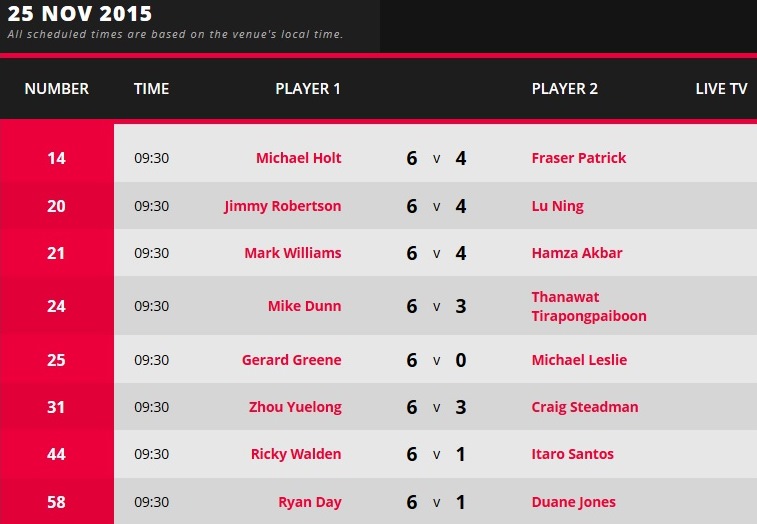 Mark J. Williams saw how he practically vanished your advantage (4 a 0 to rest) due to good play young Pakistani Hamza Akbar, we left a good feeling and we enjoyed a good party knew solve brilliantly Welsh.

Ricky Walden lifted a frame that had virtually lost and sealed his move to the next round. The young 30 Santos Itaro years left us a fantastic break in the sixth frame, despite the large result the young Brazilian left us samples of his good play.

Fantastic break by the English player Joe Perry, to build a frame that had very downhill, “the Gentleman” he left to rest (4 a 0) with a very large income to face the final stretch of the game.

Results of the night and early morning session, with some surprises. Experienced tremendous battles tonight with up to four matches that required the last frame to dictate a winner. 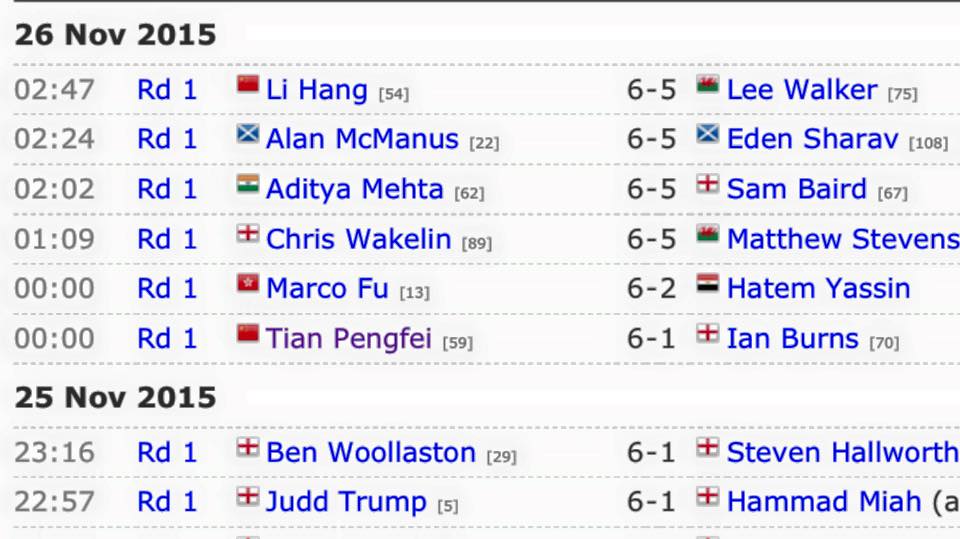 Full match between Marco Fu v Hatem Yassen with hundred, tactical game and a lot of fight with Marco Fu pulled experience to solve the match in just over three hours of play.

In case you missed the party Judd Trump, we offer you delayed so you can check the status of English player collapsed in recent tournaments. Trump won the match by a very large result, but still they saw him many shades and somewhat 'uncertain’ in attack and defense. Miah Hammad played a good game given the status treasure of the circuit and the event in question, managed input 72 points in the fourth frame before the break and made him face to hope to resume the game with a 3 a 1 and some resolute Trump for what we are accustomed.

Chris Wakelin, number 92 de ranking, He has defeated the champion of the edition 2003 Welshman Matthew Stevens in the decider, con hundred (100) included in the sixth frame. 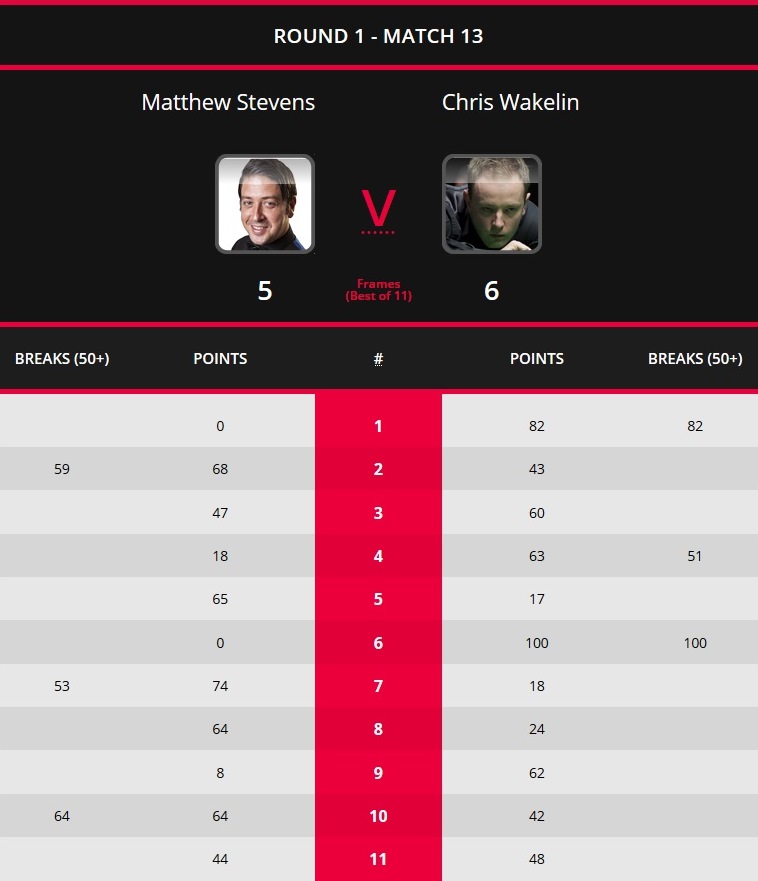 *Note: The match between Rod Lawler and Daniel Wells was suspended due to its long duration. It was resumed after finishing the confrontations of the night session, with a score of 6-4 favorable a Wells. 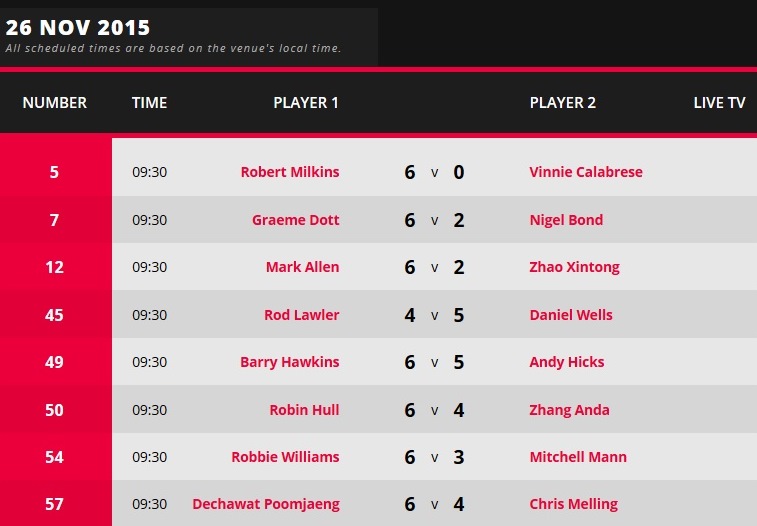 If you like the excitement and tactical game this is your decisive frame, with a finale.

Mark Allen offered us a hundred (115) and surely will not be the only one that get in the tournament. 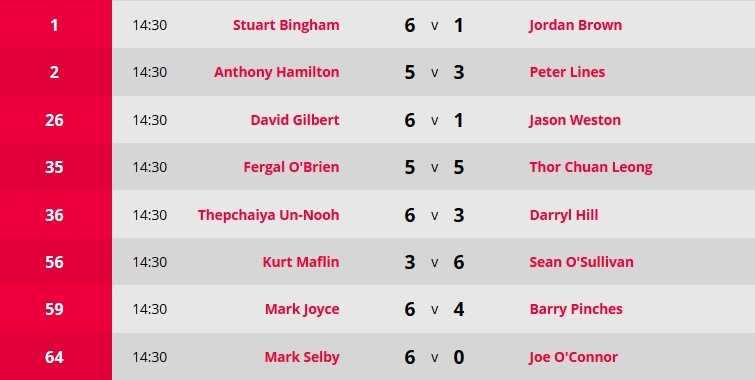 Stuart Bingham began somewhat hesitantly her first major (UK 20015) after winning the world championship last May to English compatriot Shaun Murphy. The Basildon able to recover at a somewhat thick start winning two consecutive hundreds before and after the break. We leave the rest to place prior to a blunt 4 a 0.

Mark Selby beginning his party for what it is: the number 1 World achieved his first hundred in the UK edition 2015, all the fans showing their title credentials.

Jimmy White made it back for a few minutes to remember the great player that he mastered circuit tables in other decades (80 Y 90), with a fantastic hundred to go into the break with a favorable marker (3 a 1) frente a Stephen Maguire.

Decider and drama chewed, as it happened with Ding. Jimmy White had the turn to win the match, but a mistake led to the start of Sthepen Maguire left the table ready to get into a fight with Jimmy White…

The first round of the UK ended with the reigning Champion of Champions, Neil Robertson, against the young Welshman Alex Taubman. All presaged an easy match for the Australian, but it was not as Taubman gave much war (even he was so bold that one hundred was scored).

You have all the information tournament: http://spainprosnooker.es/betway-uk-championship/