will be present at the

This means you are going to have all the information first hand and we will provide the best possible coverage of the tournament.

The UK Championship is one of the most prestigious tournaments of the professional circuit snooker. It is considered the second largest tournament ranking, after the World Championship. Both tournaments, along with the Masters, They are those that make up the famous Triple Crown snooker.

This year will be held from 24 November to 6 from December, en el York Barbican (York, England), for thirteen days when insurance will vibrate seeing the best snooker and where 128 players will compete to win the coveted trophy and the 150.000 First prize £.

The tournament will be broadcast by the BBC and Eurosport.

Then all information concerning we leave the table, format, sessions, clashes, links,…

The box for the prestigious world ranking event is configured with 128 Players from the first round. 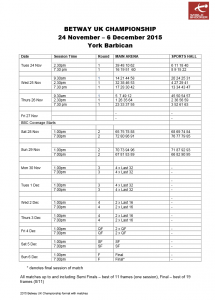 During the 3 early days Round is held 1 (it not televised), with eight games per session.

The schedule of meetings is as follows (Spanish EDT): 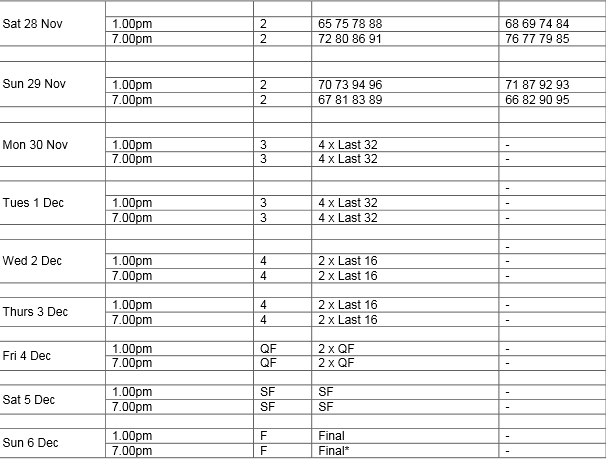 He 24 November will rival John Higgins Leo Fernandez in the session 15:30 p.m., where Ken Doherty and Tony Drago will also face.

Ding Junhui, the great Asian sensation, Duffy Adam will play against in the session 20:30 p.m.

He 25 of November, local favorite, Ashley Hugill, from 21 age and natural York, It will debut in the tournament to face former world champion Shaun Murphy at 15:30 p.m.

He 26 of November, Bingham, Current world champion and seeded in York, will play its game from the 15:30 p.m., Brown Jordan against Northern Ireland.

Jimmy White jugará contra Stephen Maguire, He too 26 of November, in the session of the 20:30 p.m.

For the first three days of competition (and for other days too) these are the links through which you can follow the match live.

World Snooker: since neither Eurosport or BBC will provide television coverage until Saturday, you also have the option of abonaros to this channel, payment of 4,99 €.

As a last resort, you can follow the Scores: http://livescores.worldsnookerdata.com/LiveScoring/Tournament/13853/uk-championship

During the first three days of the tournament games can only be seen through the first two options mentioned in the preceding paragraph (Snookerroom y World Snooker).

We detail below Eurosport television coverage of the tournament offers and is subject to any changes deemed appropriate chain.

The UK Championship was held for the first time 1.977 and it has been won by almost all of the great players of snooker.

Throughout the years he has had many different sponsors, Betway being present, and it has played at different sites (Blackpool, Preston, Bournemouth, Telford…). Since 2.001 until the 2.006 He was played in York, Returning to York Barbican 2.011 (where it has followed since contesting).

In the last edition, Ronnie O'Sullivan won the title for the fifth time by defeating Judd Trump (10-9) in one of the most exciting and dramatic end in recent years.

Enjoy it and, hopefully, that this year is equal to or better: 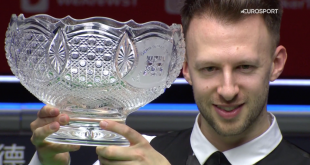