The second day of eighth came loaded with interesting matches in the afternoon session:

– The Australian Neil Robertson, getting the highest break so far isedition (145), the Scot Stephen Maguire was facing, I was doing very good game in the tournament.

– Liang Wenbo, Judd Trump who eliminated in the third round with a spectacular comeback, and Tom Ford, that is to eliminate Kyren Mark Williams and Wilson in second and third rounds, respectively, the other two players were struggling to get the pass to the quarterfinals.

Maguire was knowing that their chance of winning the match went through a good start and he did, with a break of 118.

Neil took a break to go to the bathroom and returned to the table as if the party start again, marcándose una hundred (126) to vibrate the public and tie the score at 1.

The Australian was in the same line and are marked another dramatic break (76), making it clear, and once the cold, his opponent and putting the 2-1 on the scoreboard.

The key frame before the interval envisaged for the Scottish moral, which he began defending very well. But the power of the long ball Neil made a spectacular defense of Maguire would do no good and Robertson ball and began embocaba, once again, to build a break that ended up being another spectacular hundred (101).

Thus they left to rest with a marker 3-1 favorable para Neil Robertson. 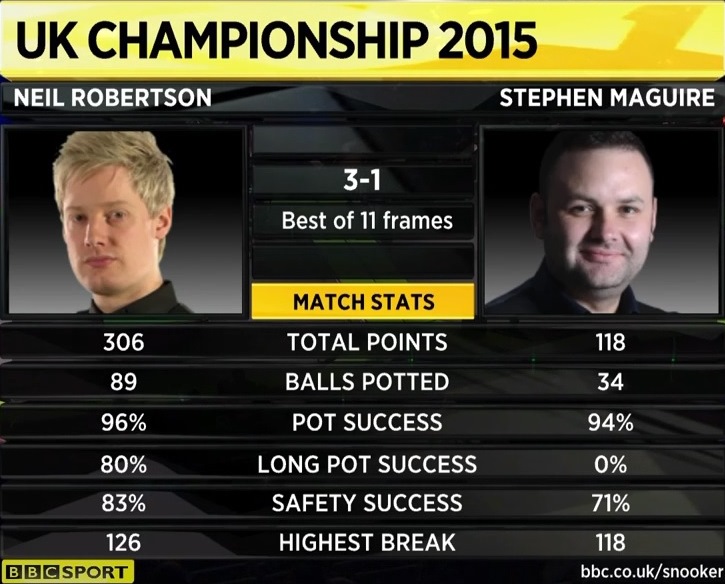 After the break the game took a different course and went to the tactical and defensive game; land that Neil did not want to not give options to Maguire, so I went to work making a break of 55 and putting pressure on Scottish, I needed almost clean table to win the frame. A table that came to control Maguire but a mistake with yellow ball, and with 48 his marker points, He brought in Robertson (It remained the only mandatory exercise), that did not spare and put the 4-1 on the scoreboard.

Maguire came prepared to stop the bleeding of frames obtained by Robertson (4). But another mistake favored a break down of 40 Australian points, they got more pressure Scot, ultimately would affect. Neil Robertson returned to take another frame (the fifth) and it was placed only one of the quarterfinals (5-1).

Maguire tried, but the power of Robertson was spectacular and closed his match with another superb break (113) and the corresponding ovation from Barbican Centre.

As you can see in the statistics Robertson's superiority was clear and forceful. 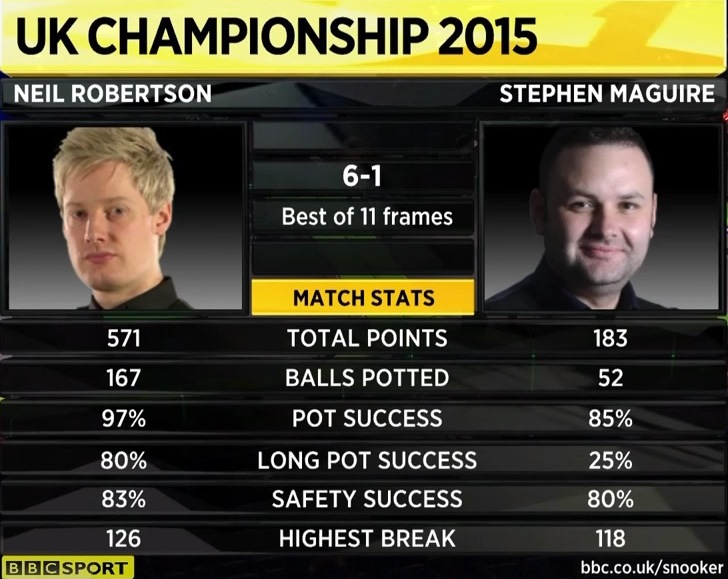 Here is the Master Class Robertson:

Ford began serious with Liang, (the two came to eliminate Wilson and Trump respectively) taking the first frame. It also carries the second, with more security than his rival. But Wenbo not coming down, he knew he would have a chance to get into the game.

The opportunity came in the third frame, with Wenbo we remembered from the previous round when Judd Trump eliminated with a partial 5-0 included. The Chinese player trimmed distances with a break of 122.

And in the fourth frame I was in the same line of good play, managing to put the tie to 2 with a break of 67 to go into the break with a good feeling. 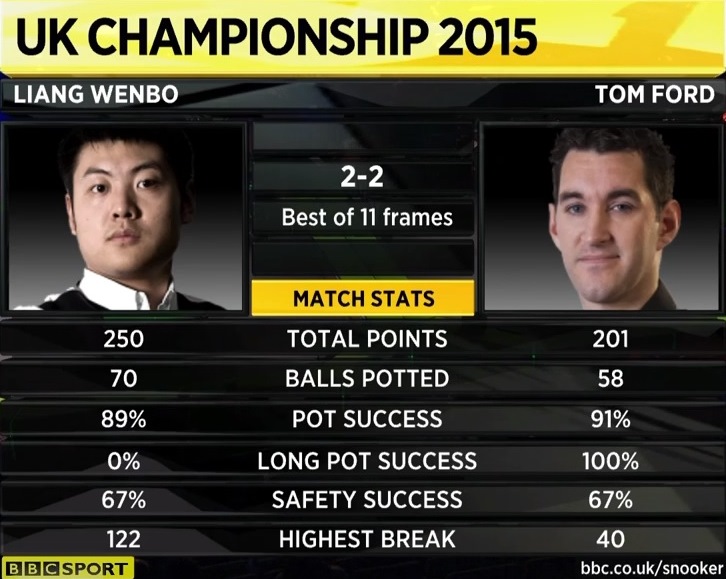 After the break Wenbo was in the same line of good play and ready to flip the marker. But a mistake made entering Ford, not lost concentration; Proof of this was the break of 86 he managed to get ahead by 3-2.

The Chinese player lost the peace, He achieved a break of 56 Y “wielding troops” (making defense). Ford managed to take control calmly and realized a break of 58 to clinch the sixth frame and place the 4-2 a su favor.

The game was still very entertaining and colorful and Wenbo could emulate another good break and the previous frame, Returning to defend and giving way to English, I was at a key frame to a comfortable win. Ford managed to find the tickling Wenbo and this could emerge unscathed from the good English defenses and take control back to the table to put on a frame below (4-3).

After initially quite disputed in the eighth frame, Ford returned to take control of the table and got a fantastic break from 92 points to bring the score 5-3 and just one frame of his move to quarters.

The next frame began as above, with defensive play. The Chinese player entered the scoring table 46 points. Ford did not take the occasion and, after failure, He gave a new opportunity to his opponent, that no mistake was cleaning table 88 points to bring the score 5-4.

The tenth frame was key to the interests of both players: It could mean victory for Ford or Wenbo opportunity to force the decider and opt to move to quarterfinals. The Chinese player was a first entry into getting table 53 points. Ford poor defending gave him the opportunity to continue adding, but failed Red and English entered the table. This was his chance to close the match; but with 27 Red points earned failing to hole out to left lower pocket, Wenbo giving away the chance to win the frame and force the decider, which he made the Chinese player: 5-5.

The tension was palpable in the fourth and final frame. Ford had victory within reach and Wenbo had returned to pick up a marker in the two frames going down.

After a defensive start, I had the first chance to score in the table was the Chinese player. While Tom Ford added lamented points, He watching eluded him he had won a match. But nevertheless, when I am wearing Wenbo 49 points to failed pink center pocket. Ford entered table to try to win the match, but only scoring 1 point and the Chinese player back to the table and began to add again. The pressure and nerves made a dent in the players. Wenbo sumaba 14 points and failed red ball. Ford also managed to score again and give his opponent another chance. The last entry in table Liang Wenbo got the victory and into the quarter-finals. 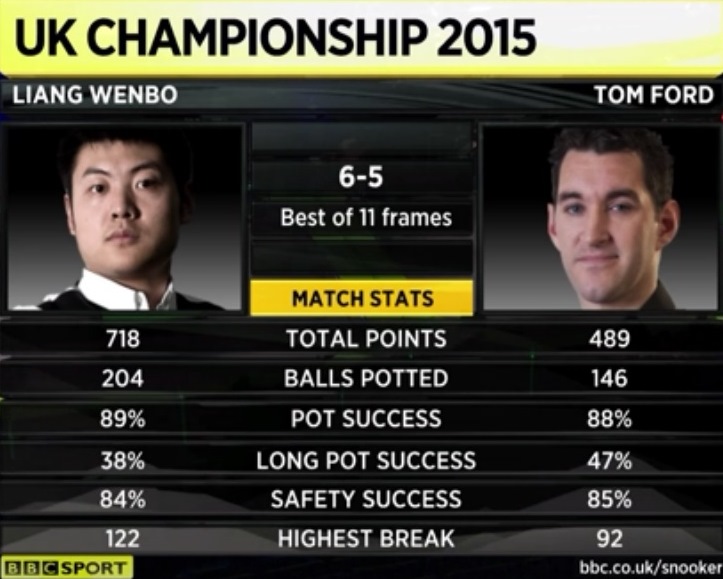 Do not miss the comeback of the Chinese player if you have not had a chance to see it live:

Session 20:00 h.:
The eighth round ended with two very interesting matches: Jamie Burnett to four-time world faced John Higgins, which it is in a great state of form this season, y Martin Gould (getting his passing round by beating Mark Allen) play against Joe Swail (I did the same with Michael Holt).

In the first frame of Higgins for two breaks 57 Y 40 at a speed that made us remind Higgins ago 20 years and put the 1-0 on the scoreboard.

The second frame started with some mistakes by both sides, but Higgins regained his rhythm and managed another half hundred (52) to make sure not to leave behind the rest (2-0).

In the third frame there was some inaccuracy at the beginning, but with the same ruler at the end: John Higgins, that it was a break of 71 and put land in between (3-0).

Burnett threw the advantage of experience and “relaxation” de Higgins, managing to have continuity in his game and making a break of 67 to go into the break 3-1 below. 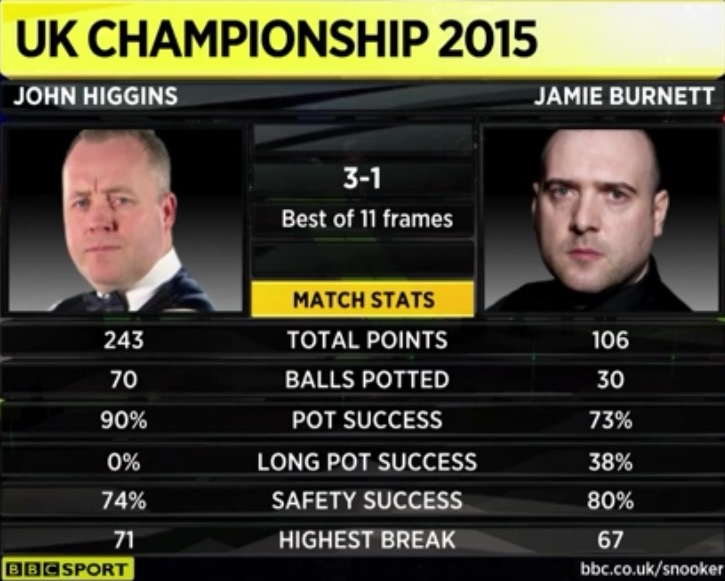 After the break Higgins started doing the fifth frame input 52, but a bad location Burnnet allowed to add table enter 29 points. John Higgins back and scoring 13 more points to make the score 4-1.

Burnett knew that in the sixth frame were many of his options to win the game and went to the frame with decision, achieving a break of 52 and recovering the confidence for win. The frame was involved in a defensive struggle, to everyone's surprise, Burnett had. He could close the gap (4-2). And less rain for the player with the lowest ranking.

I was beginning the seventh frame and would confirm whether or Burnett reacted Higgins left the party ready for judgment. To the surprise, once again, Burnett could dominate all the start putting pressure frame to Higgins that could get in the game. But a very serious mistake made site and defensive, in the aftermath, Burnett enter that closed the frame 4-3.

We were going to another frame that would dictate many things, including the state of Higgins and if Burnett could pressure him. The frame started with serious errors by both parties. Higgins managed to have continuity in table but, an error with 55 on the scoreboard, Burnett gave option (I no longer had the ease of the previous frames and felt the pressure of playing with four-time world champion, at that time he was gone). Burnett unforgiving and closed the frame by placing the 4 equal on the scoreboard, which gave many options give the stroke.

The ninth frame began with the same script of the above. Burnett desperciaba error Higgins and gave him the option of returning to the table to do what the great: una hundred (102). Higgins tremendous reaction, que se colocaba a un frame de la victoria (5-4).

Everything indicated that Higgins would get direct again, but Burnett fought the beginning of the frame and could take control; but a very serious mistake led to his opponent at the table, which in the final moments is not advisable due to the dominance of pressure Higgins, I knew take control and end the game masterfully. 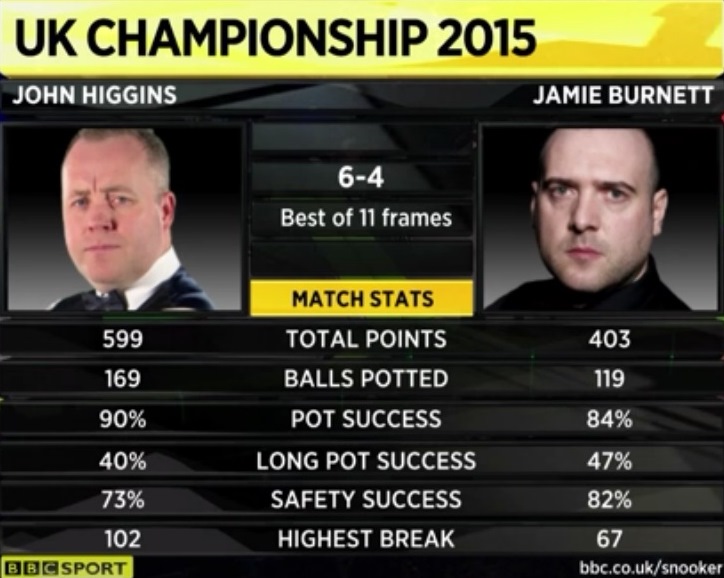 The match began with domain Swail, with 49 Gould picked up the turn and stayed with 29 Northern Ireland player and closed the frame: 1-0.

Martin Gould could not let his rival and marked a break of 78 to tie 1 and put pressure on Swail, which she is a very experienced player (1-1).

The third frame was long and hard fought exchange, Swail but managed to get hold of it and put the 2-1 on the scoreboard.

Martin Gould responded with a break of 63 and put the tie to 2 to go into the break without letting steer Northern Ireland on the scoreboard. 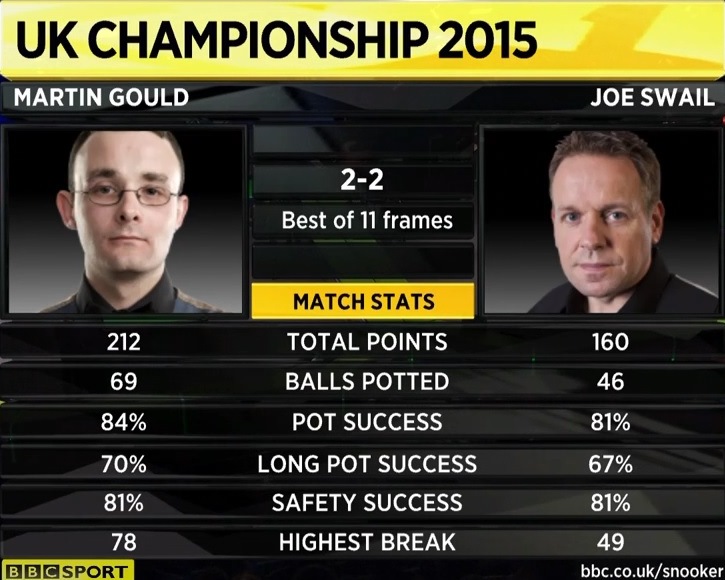 Martin Gould out “plugged” after the break, I knew I had a good opportunity to sneak into the rooms of the UK Championship and achieved a spectacular hundred (131), putting 3-2 going for the lead.

The English player was on the path of good game and took the next two frames, achieving a break of 51 in the seventh and placing the marker 5-2. Gould was a quarter-final frame.

But nevertheless, Gould could not close the match in the eighth frame. After a series of exchanges (where it was a break from Northern Ireland 54) Joe Swail placed the 5-3 on the scoreboard.

The ninth frame just beginning. Martin Gould was input 17 points and he gave his opponent the chance to enter the table, scoring 19 points and committing missing. They starting defensive struggle again. Swail scoring 13 points and gave the option of entering the English player at the table. Martin Gould lograba un break de 51 points, frame and taking the game and getting his ticket to the quarter. 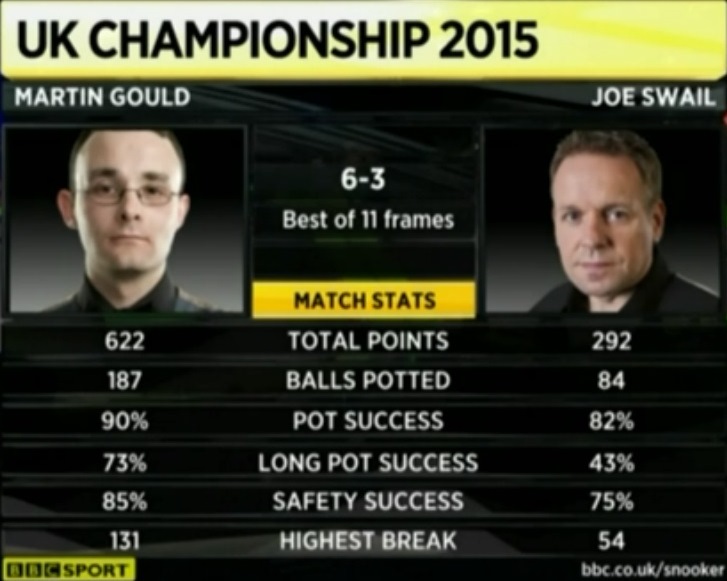 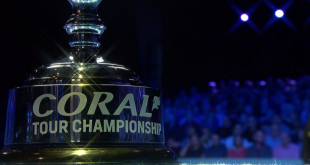 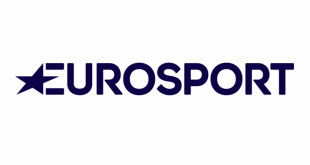