Professional snooker player, natural de Plumstead (London). Known for dominating the sport during the decade of 1.980, when he won the World Championship six times and was number one in the world for seven consecutive seasons (1.983/84–1.989/90), He is remembered above all for playing the final of the World Championship of 1.985 con Dennis Taylor, which achieved a record of more than 18 million British viewers.

He is a well-known public figure and is generally regarded by his peers as one of the greatest players of all time.. Nowadays, Davis combines his playing career with his role as a television analyst and commentator on the BBC's snooker coverage..

You have won a total of 28 ranking events, second only to Stephen Hendry. Davis has earned more than 350 hundreds in competition, including the first officially recognized maximum break (and televised) in professional competition in the year 1.982. He did it against John Spencer in the Classic and as a reward for his achievement he won a car.

Here is the video of the first 147 televised:

Davis got into snooker at 12 years thanks to his father, an enthusiastic gamer, and who gave him the book "How to Play Snooker" by Joe Davis. They both studied the book and built a technique of their own for Steve Davis in the 1920s. 1.970. He started playing at the Lucania Snooker Club, when at 18 years the club manager drew Barry Hearn's attention to Davis. Hearn became his friend and manager. Steve Davis began touring the country participating in challenge matches against established professionals such as Ray Reardon, John Spencer y Alex Higgins.

Davis won the U19 English Billiard Championship in 1.976. One of his last victories as an amateur was against another future professional, Tony Meo, en la final del Pontin’s Spring Open de 1.978. A year later he successfully defended his title, this time defeating another of his future rivals, Jimmy White, 7-4 in the end.

He turned professional on 17 of September 1.978 and made his professional television debut on Pot Black, where he played against Fred Davis. He made his World Championship debut in 1.979, losing 11-13 against Dennis Taylor in the first round.

Davis rose to fame after his performance in the World Championship of 1.980, where he reached the quarterfinals, defeating defending champion Terry Griffiths, before losing to Alex Higgins.

Davis won his first major title of the season 1.980-1.981: the UK Championship, in which he defeated Griffiths 9-0 in the semifinals and Higgins 16-6 in the end. A period of 18 months of dominance. He is the player who has won the most UK tournaments (6), followed by Ronnie and Hendry (5 each).

In that same season he won the Classic, the British Open and became the bookies' favorite player to win the World Championship. Davis reached the final by defeating Jimmy White in the first round, Higgins in second, Griffiths in the quarterfinals and defending champion Cliff Thorburn in the semifinal. Davis 'win over Dough Montjoy in the final confirmed the bookies' predictions. He would reach seven of the next eight world finals. curiously, Davis' first four World Finals were all against players of different nationalities, something that hadn't happened before.

The period of 18 months of domination ended in 1.982, when in the World Championship he succumbed to the "curse of the Crucible" by losing in the first round. He also failed to win his third consecutive UK Championship., since he lost in the quarterfinals. After these setbacks, won the World Doubles Championship with teammate Tony Meo.

In 1.983, Davis regained the title of World Champion with a session left over in the final and defeating an overwhelmed Thorburn by 18-6.

In 1.984 became the first player to retain his title at the Crucible Theater by beating Jimmy White for 18-16 in the end. He also regained the title of UK Champion, defeating Higgins by 16-8.

In the World Championship of 1.985, Davis just lost 23 frames on their way to the final, where his opponent was Dennis Taylor. He seemed destined to win his third title in a row, because in the first session it was placed with an advantage of 7-0 which expanded to 8-0 at the beginning of the afternoon session. But Taylor was recovering until forcing the decisive frame, putting the equalizer 17 on the scoreboard. In an incredibly tense final frame, the marker was 62-44 for Davis with just the brown, blue, pink and black on the table. While Davis needed only the brown, Taylor needed to pocket all the colored balls. Taylor took a long shot on the brown and also holed the blue and pink, thus putting the marker 62-59 and making sure that, for the first time in history, the title would be decided with the black ball. After a series of defensive punches and hole attempts, Davis missed a hit in the upper pocket and Taylor holed the black. The final was seen live by more than 18 million viewers, via BBC, becoming an absolute audience record.

We leave you the video the exciting decider so you can enjoy it:

Davis and Taylor met again in the final of the Grand Prix of 1.985, but this time it was Davis who won the decider. With a duration of 10 hours and 20 minutes is still the end (in one day) longest in snooker history. That same year he also won the UK Championship against Willie Thorne, even though I was losing 8-13. But he made a spectacular comeback and ended up winning 16-14.

In the World Championship of 1.986, Davis defeated White in the quarterfinals and Thorburn in the semifinals. His opponent in the final was Joe Johnson, against the one who lost 12-18. But that result did not affect his position at the top of the world rankings., since he had won the UK Championship, the Grand Prix and the British Open in the season 1.985/1.986 .

Davis started 1.987 winning the Classic, beating defending champion Jimmy White. World Championship, defeated Griffiths in the quarterfinals, and White in the semifinal. In the final he met Johnson again, who won, thus recovering the title. Al vencer a Johnson, Davis became the first player to win the UK Championship, the Masters and the World Championship in the same year.

Davis won his last world title in 1.989 by beating John Parrott in the final by a resounding 18-3, and his last major title when he beat Ronnie O'Sullivan at the Masters of 1.997, making a spectacular comeback.

But nevertheless, has not stopped playing snooker at a high level in his almost 40 years of career. Made it to the final of the UK Championship of 2.005 with 48 years and ranked in the top 16 during the season 2.007/2.008, when he met the 50. Made it to the quarterfinals of the World Championship 2.010 at the age of 52 years, becoming the oldest player in a quarterfinal, from Eddie Charlton on 1.983. Won the World Seniors Championship in 2.013.

His other achievements include winning the World Doubles Championship. 4 times with Tony Meo and win the World Team Classic / World Cup 4 times with England.

With a multifaceted personality, outside of snooker he has competed in Pool tournaments, managing to beat Efrén Reyes himself, the best pool player of all time. He played the Mosconi with the European team between 1.994 Y 2.004, helping the team win the event in 1.995 Y 2.002. Since 1.996 He has been an announcer on the Phoenix FM station and an expert in Zeuhl's progressive rock genres, RIO and the Canterbury scene. He is also a player and lover of poker, chess and cooking.

If you want more information about the extensive career of Steve Davis you can click HERE. 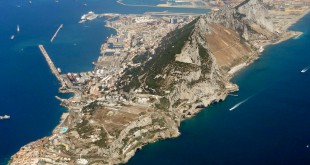 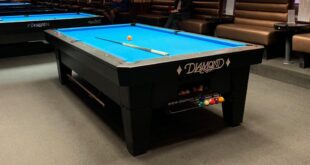