It started in Sofia with an inexperienced opponent, Ross Muir, and he solved the match on the fast track with a score of 4-0.

In his second game was the opposite: he faced the reigning world champion and number 2 del ranking, Stuart Bingham. And as we mark the ranking (Mark Allen is ranked ten), The match was very tight. However, “The Pistol”, made a hundred (100) in the second frame and break of 69 in the decider to take the match 4-3.

After overcoming this obstacle, Allen was seeing faces a veteran and seasoned player (World Championship finalist against Stephen Hendry in 1.995 and winner of the Open in Brithis 1.996 frente a John Higgins): Nigel Bond. Allen started the match very seriously and did not want complications, as in the previous round with Stuart Bingham. He managed a fantastic break from 96 in the first frame to take the lead. Everything would have an easy match, Nigel Bond but put things difficult to make a break of 61 and tying 1 the match. In the following frames there was a harsh exchange that the player was Northern Ireland, seeing a 3 a 1 on the scoreboard and regained feelings of the principle of party closing it with a hundred (102) and placing the 4-1 on the scoreboard. Thus getting the pass to the knockout round of Sunday.

Mark Allen began the day on Sunday with the match against Michael Holt. In the first frame was a bit thick, but he ended up winning it by 55-40. He knew resurgence in the second frame, achieving a break of 70, to place the 2-0 on the scoreboard. The game turned again to the exchange in the next two frames, with Michael Holt who managed breaks of 55 Y 56 (in the third and fourth frame), but he failed to solve and Allen closed the game with a 4-0.

In the quarterfinals he had a rival with little experience in finals, veteran Mike Dunn (45 del ranking). The match began with a tough battle to win the player knew Northern Ireland. But that did not scare Dunn, who managed to chain 3 frames seguidos con breaks de 68, 59 and fantastic 82 (In a second, third and fourth frame respectively) to get just one frame to qualify for the semifinals. Semifinals Mark Allen made it clear he wanted to play, achieving a 127 in the fifth frame. In the sixth he was exchanged and Mike Dunn failed to hit the party, so Allen took advantage and forced the decider. As usual, when you forgive what you usually pay a large and Dunn paid dearly: Allen scored a break of 81 to complete the comeback and qualify for the semifinals against Welshman Mark James Williams.

The semifinal was presented as a very interesting game, given the high level exhibited by both players (Willliams had won by 4-0 a John Higgins, the winner of two ranking tournaments this season). The game had little history, due to the high level shown by Mark Allen, who closed the match on the fast track with breaks of 74 (in the first frame), 62 (second), 79 (third) and in the fourth frame, when he had the victory in his pocket with a break of 79 this happened points:

He was beginning the final with Ryan Day who was coming off a fantastic snooker, winning by 4-0 in the quarterfinals to the current number 1 of the world, English Mark Selby.

The final started with a very strong Mark Allen, knowing the journey of his opponent until the end. Allen scored a break of 65 to take the lead, which gave him confidence and in the second frame achieved a break of 76 to put more land in between and so close to his fifth title of minor-ranking. Ryan Day was not managing to have the same feelings he had in previous rounds but, even so, He fought over and over again in the third and fourth frame. Both frames were a harsh exchange, with a serious Mark Allen learned to control the nerves and pressure in the final moments and win the title.

With this end it has not only achieved his fifth title of minor-ranking and 18.750 pounds of prize money, but also a place in the Champion of Champions which begins next Tuesday 10 of November. 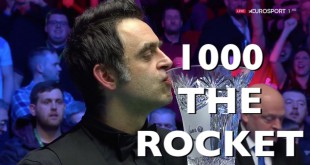 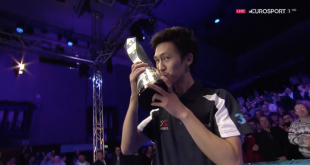 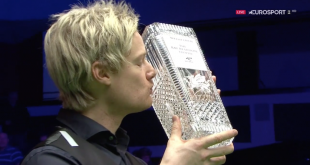