The Magic of Snooker 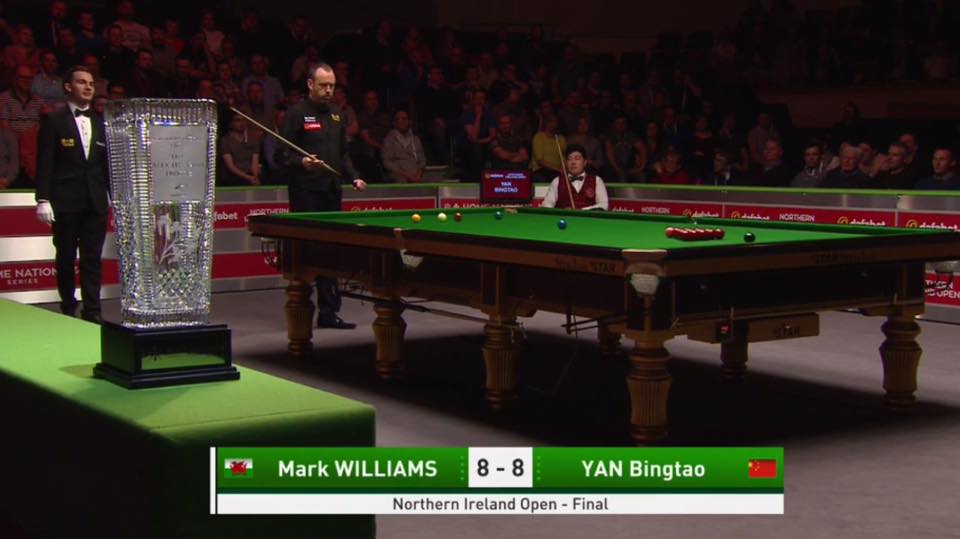 Decider. That frame that defines the magic of snooker, the one in which the feelings and emotions you have gone through during the game do not matter since in the end it will only matter what happens between the serve and the last ball of that table. This is how you can define the final of the Northern Ireland Open 2017, Mark Williams' win over one of today's biggest snooker promises, Yan Bingtao.

It has been a week of surprises, of unexpected victories and defeats. A week in which we have been able to enjoy unusual players in the final rounds of tournaments or on televised tables in the absence or early elimination of almost all the top. But there was one left, Mark Williams. It has been a difficult week for him personally. Willo has had to consider several times his continuity in the tournament and despite this he has found the necessary forces to show a great version of himself and reach nothing more and nothing less than a final that almost remains undisputed. But once the decision was made to go ahead with it, everyone who knows Williams, we knew it was to do it at 100%. In front of a great rival, Yan Bingtao, with the possibility of taking Ronnie O’Sullivan the honor of being the youngest player to win a ranking title in history. Despite a start with many doubts that has led him to finish the first session behind on the scoreboard (5-3), Willo has managed to lead the game to the decider and sign an exciting victory.

The magic of snooker, that sport in which a player from 17 years with his entire career ahead and he expects many opportunities to achieve great things and a veteran of 42 years he has won everything and he still has the desire to win. A wish that he himself admitted having lost at times but luckily he had not completely abandoned. A wish that is leading him to sign a great season in which until now we have seen him in the final rounds of almost all the tournaments he has played, a very noble feat and one that both Mark Williams and his fans can be proud of. This trophy is the proof of that effort, of that love for snooker, of that desire to win.

The magic of snooker, the one that makes us all fall in love a little more every day with this sport and that gives us such beautiful stories to remember, to tell, to share ... And what I want to share with these lines is my love for snooker, the emotions that makes me feel, gratitude to all those players that tournament after tournament, trip after trip they give us the best of themselves, to Yan Bingtao for sharing his great talent with the world and to Mark Williams for growing up in adversity and giving us all a nice lesson regardless of the result that would have been given in the final.

THE MAGIC OF THE SNOOKER