Eurosport continues betting on snooker with the signing of two commentators who aspire to become the first Spanish stars of this sport at an international level. David Alcaide and Fran Sánchez are the two pool players with the highest record in our country who now plan to make the leap to this discipline that has more and more followers in our country. Both will debut as Eurosport commentators on the broadcast of the Preston Coral Players Championship starting Monday 4 to sunday 10 of March

What does it take to succeed in the world of snooker?, What are the training routines in a sport like this that has more and more followers?, How does it feel to be able to train with a table where Mark Selby has played? David Alcaide and Fran Sánchez, the two brightest pool players in Spain, they are one of the few people who can answer all these questions in our country. And is that both aspire now to become the first Spaniards to compete in international snooker tournaments. With this cover letter, Eurosport He wanted to bet on this sport by signing them as snooker commentators so that both can share their knowledge with viewers and grow a sport that has more and more followers in our country. Snooker is the chain's third big claim, just behind tennis and cycling, contributing during 2018 he 19% from the audience to Eurosport 1 and Eurosport 2. In fact, the UK Open from 2018 It was the most watched snooker broadcast of the year averaging a few 54.000 spectators. 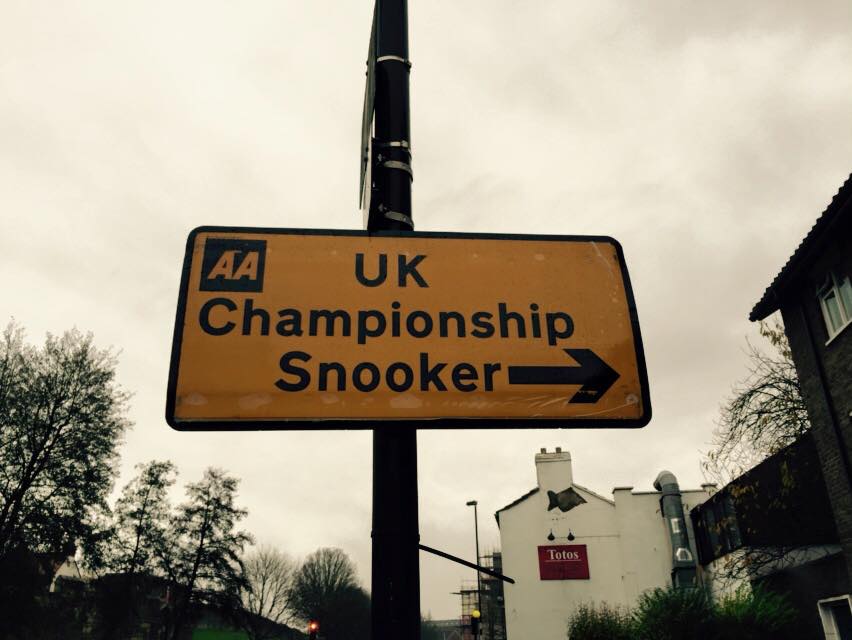 David Alcaide and Fran Sánchez landed on the mat of a pool table at the age of eight and four respectively and with the support of their parents they entered into children's tournaments. Hobby became passion and, today, They compete internationally and have an impeccable record.

Now, both are preparing to make the leap to the world of professional snooker once they have managed to get a table that belonged to Mark Selby, current world number one and winner of the most important tournaments in the world such as the Chinese Open or the Sheffield International Championship. They thus become the only two snooker players in our country who aspire to enter the international circuits and who are already training hard to meet face to face with the best.

Based in Salamanca, to debut as Eurosport commentators at Preston's Coral Players Championship to be held Monday 4 and Sunday 10 of March, live and exclusively on Eurosport 1, Eurosport 2 and Eurosport Player. Both will complete the best possible team with Martín Pérez and Sergio Manuel Gutiérrez.

TRANSFERS WITH AN ENVIABLE AWARD

David Alcaide: Born in Malaga and a great soccer fan, began his career in the world of pool with just 8 years, when his father introduced him to the sport with children's tournaments. Alcaide is a specialist in the variant of '9 Ball', started in the world of pool with only five years. At the age of nine he achieved his first Málaga Provincial Championship at an absolute level. At the age of fourteen he already became the Spanish Ball Champion 8, repeating his triumph several times in subsequent editions. Among other feats of Warden, highlight the three Grand Master championships in Las Vegas, four-time VNEA World Champion, Champion of Spain and Europe in the modality 14.1, several times Spanish Champion in Bola 8 and in Bola 9, Champion of the World Pool Master and the Bronze Medal for Sports Merit.

Fran Sánchez: With scarcely 4 years, this player started his career in the pool room of his father's bar. Nicknamed 'The Ferrari', Fran Sánchez, He is an early talent in this sport and has been demonstrating it since its inception.. Among his individual achievements, several Spanish Ball Championships stand out. 8 and ball 9, Champion of the Spanish Cup, Junior World Champion and European Ball Champion 9. By teams, in the year 2012, he was also proclaimed as European Champion. He has participated in the Pool World Cup twice, forming a team precisely with David Alcaide.

As a curiosity, they both faced each other in 2008 in the Spanish Championship in Lugo. Back then, Sánchez, with only 15 years, starred in an unforgettable final prevailing by 9-1 about Warden.

The debut of both as a commentator will take place next Monday 4 March with one of the calendar appointments totally unmissable for snooker lovers. Once again, he Preston's Guild Hall will welcome many of the biggest snooker names to compete in this Coral Players Championship. The Guild Hall has been hosting several major snooker events since 1978.

The edition of 2019 This tournament will feature the first sixteen players from the Ranking it's from the season 2018/19. Ronnie O’Sullivan is the reigning champion after winning last season, beating Shaun Murphy in the final. This year, in addition to O’Sullivan himself, Other great players like Mark Selby will attend the tournament, Judd Trump, John Higgins y Mark Williams.

THE 16 BEST PLAYERS IN THE WORLD MEET AT THE CORAL PLAYERS CHAMPIONSHIP 2019 THAT ISSUES EUROSPORT, LIVE AND EXCLUSIVE

The snooker season does not stop and Eurosport will continue to faithfully accompany fans of this sport at the start of the new year. El Coral Players Championship 2019 It will be the second stop of the three appointments in the Coral Cup Series, that Eurosport viewers will be able to follow live and exclusively 1 and Eurosport 2, since this monday 4 March and until Sunday day 10 when the winner lifts the precious trophy.

The Coral Players Championship will be held at the Preston Guild Hall, in Preston (England). The first stop of the Coral Cup Series was played in early February with the 32 best players fighting for the World Grand Prix with Judd Trump rising to the title.

The third stop is reserved for the top eight finishers at the Tour Championship in Llandudno, to be held between 19 and the 24 of March.

The team of commentators formed by Arturo Pérez,Martín Pérez, Sergio Manuel Gutiérrez, David Alcaide and Fran Sánchez, will be in charge of transferring all the excitement of the Coral Players Championship 2019 to Eurosport viewers.

Below you can check the Eurosport and Eurosport schedules 2 to be able to follow the Coral Players Championship 2019 in rigorous live:

You also have the option to follow the Coral Players Championship 2019 through Eurosport Player and be able to choose or see at the same time (with two devices, Tablet, Pc, Car) the two live tables, a real treat for the viewer. AND, the option to view the matches on a delayed basis, in its section 'TO THE LETTER’